ONCE UPON A TIME…

The Story So Far

Many winters ago, four adventurers sailed upon the shores of a cold but prosperous land. One night, they constructed a fire on top of a momentous peak to ask the wise god Odin what lie ahead of them. Inside the smoke danced bear warriors and golden halls, whispering ravens and far away realms. It was then that the four pledged to call their banner Norsfell.

Before long, their path crossed with other travelers who held the same vision, seeking to join them to create new stories and ways of reaching out to people all over the land. To this day, these banner folk put their hearts together into sharing the passion to live boldly across Midgard.

Will you too join them?

Norsfell is a game developer based in Montreal, Canada. Like the great Vikings from the past, we too sail over the oceans, helped by the gods. The company was founded in 2013 with one mission in mind:

WELCOME TO OUR LAIR

Co-Founder, CEO, Minister of Creation
Lulled by chiptunes at a very early age, Julian captains the drakkar and directs all matter of creative design at Norsfell. This half-man, half-Belgian beast also acts as propaganda master with his body made of 10% Vikings.

Lead Game Designer
Keeping watch on the design intentions day and night, Richard is always strategizing our next move. With the precision of a finely-forged war hammer, his quest is clear: craft the perfectly imbalanced experience.

Senior Community Manager
Sydnee is our favourite Community Manager after JP, and she aims to unite players far and wide. An online-dwelling creature, she is passionate about games and has an affinity for crafting a virtual presence.

Producer
Ever vigilant, the LumberZack stands guard to keep watch over the nine realms and prepare for battle against the risks of game development. Securing defenses and sounding alarms, he makes Heimdallr proud.

UI Artist
Control schemes enthusiast, Ana trained in the not-so-arcane arts of graphic design and game design in the primordial Ginnungagap. She now brings her experience to Midgard to offer the best visual/tactile feedback.

DevOps Programmer
Wandering between worlds, Franck draws from the roots of Yggdrasil to strengthen the foundations of its inhabitants and buildings. He carries with him the wonders of each Realm as he travels into the next.

Back-End Programmer
Inspired by the flaming sword of Surtr, Carl travelled to Muspelheim to learn their secret craft. Upon his return to Midgard, he shared what he learned by forging a back-end so strong it could withstand Ragnarök itself!

Concept Artist
Armed with naught but her pen, Stéphanie journeyed North to join the tribe and explore Midgard further. Wielding the pen of power, she manifests visions to guide the sculptures of the clan’s crafters.

Integrator & Environment Artist
Through her artistic background, Patricia is adept at weaving beautiful pieces of gear together, ensuring that those with a sense for fashion can brave the world around them in comfort, and with some flair. 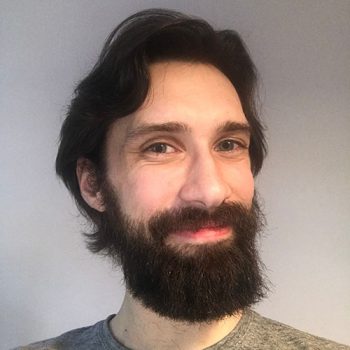 3D Animator
Traveling along the Eastern shores, Thomas found himself amongst a tribe of Vikings! Dazzled by his puppeteer skills, they accepted him as one of their own. Now he must learn their ways to become a true warrior! 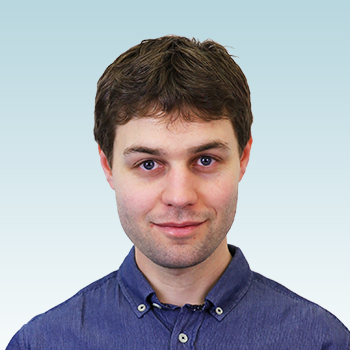 Co-Founder, Minister of Art
Passionate of science-fiction and fantasy, this expert in graphic design and pyrotechnic effects defines the artistic vision at Norsfell. He finds the equilibrium in characters and story, UI and scenery. To take their souls.

Lead Technical Artist
Traveler of the 7 seas, Bryan joined the Viking clan as a modern age sculptor and blacksmith. This shaman who exists in a world of triangles now fiddles with his polygon magic to create a spectacle of any concept.

Head of Communications
JP is our favourite Community Manager after Sydnee. His goal is to seek an army of strong Vikings that will help our team fight the Giants. His dream was to work in games and live in Canada. Mission accomplished!

Technical Designer
Venturing forth through wild feature-laden plains, the small but mighty Éliane rallies all clan efforts and literally paves the way for the tribe. Her eager soul will stop at nothing to reach the Valhalla of game production.

Concept Artist
Olivier joined the Viking clan to weave visual tales, chronicling humanity’s adventures throughout the Nine Worlds. Armed with a stick from Yggdrasil itself, his art captures every detail the eye can see.

QA Tester
This valiant hunter takes no prisoners when it comes to tracking down elusive issues that could hamper a game’s success. Armed with an eye for detail greater than Odin’s, no bug in the nine realms can escape Judi’s sight.

QA Manager
With Hel’s blessings, Speransta assumes the mantle of managing QA. She scavenges the Nine Realms with one goal in mind: to trap bugs and sentence them to the depths of Niflhel where their fates reflect their sins.

Senior Gameplay Programmer
A wanderer, Marius joined the grand expedition to Vinland to establish a new home. Upon the distant shores, in the thick of the game creation battlefield, he wields his axe in honor of Mímir’s infinite knowledge.

3D Animator
Odin’s Seidr is no match for this animator. With a sense for visual poetry that would make Bragi weep, Kat sees past the web of Wyrd with such clarity that she could even teach the Allfather a thing or two. 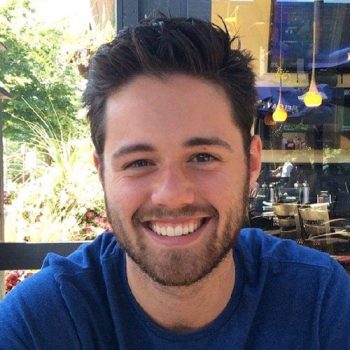 Associate Producer
When he isn’t wrestling Jörmungandr or petting the very good boy Fenrir, Cole patrols the Nine Realms of game development. Despite his trickster nature, he makes sure to quell the chaos in Midgard, not cause it. 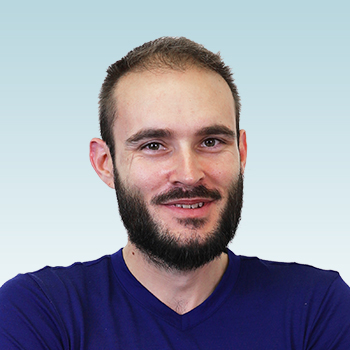 Co-Founder, Minister of Development
The Reg is Norsfell’s technical director. Seeing life in 0s and 1s, he communicates with servers effortlessly and catch exceptions quicker than his digital shadow. A new way to look at reality!

Game Programmer
This French explorer joined the tribe after sailing to the new world and discovering the game industry. Procedural generation evangelist, he masters seeds and random numbers to shape virtual environments. 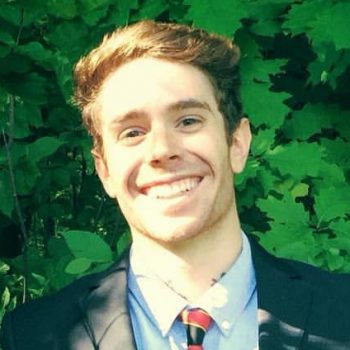 Environment Artist
Italian voyageur, Lucas joined the Viking clan to create and paint wonderful Nordic sceneries with maestro. His quest is to turn the many edges and vertices of the world into vivid scenarios and panoramas.

Technical Animator
After having explored the world, this islander settled down in Midgard to share his modern sculpting skills with passionate banner folk. Because life is movement, Fabien weaves the web of Wyrd to make inert objects move.

VFX Artist
Trading the warm Colombian beaches for the biting fjords of the North, Alberto ventured across Midgard to enchant the tribes with his explosive magics. His pyrotechnical skills are matched only by those of Surtr.

Concept Artist
An avid illustrator and gardener raised on the cold islands of the North, Louis uses his seer magic to guide the crafters of Midgard and their creations. For this oracle, the past, present and future are all intertwined.

Graphics Programmer
A lifelong practitioner in the dark arts of computer graphics, Maxime roams all over Midgard to alter the very bones of the land. Just like Freyja, he is joined by a pair of mischievous cats who never leave his side. 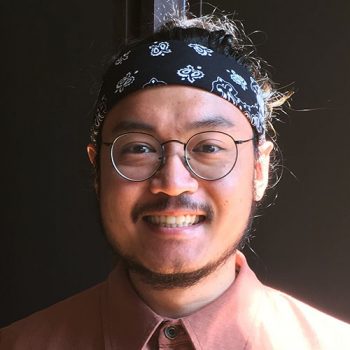 Tool Programmer
Climbing out of the Niflhel depths, Nicolas is on a mission to keep on ascending to the highest peaks of Midgard. Mastering the seidr arts of tools engineering, he empowers his tribe to keep the Helthings below.

3D Artist
Florence enthusiastically studies dwarven art to give shape to magical gear and mighty creatures. Just like the Vikings, she is fascinated by the animals of the Nine Realms and has a soft spot for shiny things.

Lead Game Programmer
Passionate about games and motivated by challenges, Simon is a raven programmer who loves to conquer problems and claim victories on behalf of Odin. After all: impossible n’est pas français!

Character Artist
Born in the French Elven woods, Marie traveled the north to make this tribes her new home. Using her magical modeler runes, she summons new creatures into the world and breathe colorful life into their essences.

Gameplay Programmer
Driven by the storming seas of Rán, this warrior sought the clan in hope of new conquests. What Alex can’t resolve with coding, wits, or guile, he now does with sheer determination for the betterment of all Midgard.

Administrator
Born in the blistering cold lair of a treasure hoarding dragon, this Seer joined the tribe to ensure they are always provided for. Watching over the spirit of the troops (and their loot), Lysane breathes a passion for games.

Gameplay Programmer
Curious by nature, the daring explorer known as Francis wields both logic and patience to ensure a safer journey for the tribe. Tinkering with tools and schematics, this Viking helps to keep the drakkar afloat in all weathers.

Combat Designer
A riddle and mad scientist both, Joel is an architect of combat and personal tactician of the Æsir, hand-picked by Freyja from the fields of Fólkvangar. When the Vikings sing their songs of battle, it is in honour of Joel’s domain.

Content Creator
Guided by Odin, Ève brings forth her creativity in service of Midgard to craft stunning content. Her sense of storytelling and passion for visual communication draws Vikings from all over to gather around Yggdrasil.

3D Artist
Having learned from the forgers of Mjölnir themselves, Audrey shapes all kinds of gear to outfit the mighty Einherjar. Striving for perfection, she empowers her smithing with ancient runes to discover new techniques.

This Could Be You!

Co-Founder, Execution Labs
Arguably the most connected person in games, Jason is an indie evangelist who served as the executive director of the IGDA for 9 years. He’s lectured at conferences worldwide and received many awards.

Head of Media Platforms, Google
Fan of technologies, JP designed his first software at 11 years old. He has since followed his passion to Google where he educates people on media platforms and inspires them to execute out of the ordinary ideas.

GM, Kabam Montreal
Johan is the GM at Kabam Montreal (former Riposte), creators of the hit mobile game Shop Heroes. As a seasoned executive from Ubisoft and THQ, Johan puts his background in business to help build for success.

Co-Founder, Execution Labs
Keith is a serial entrepreneur with over a decade of games industry experience. He co-founded early stage investor Execution Labs & has held executive positions at Cellufun, OpenFeint, and Gameloft.