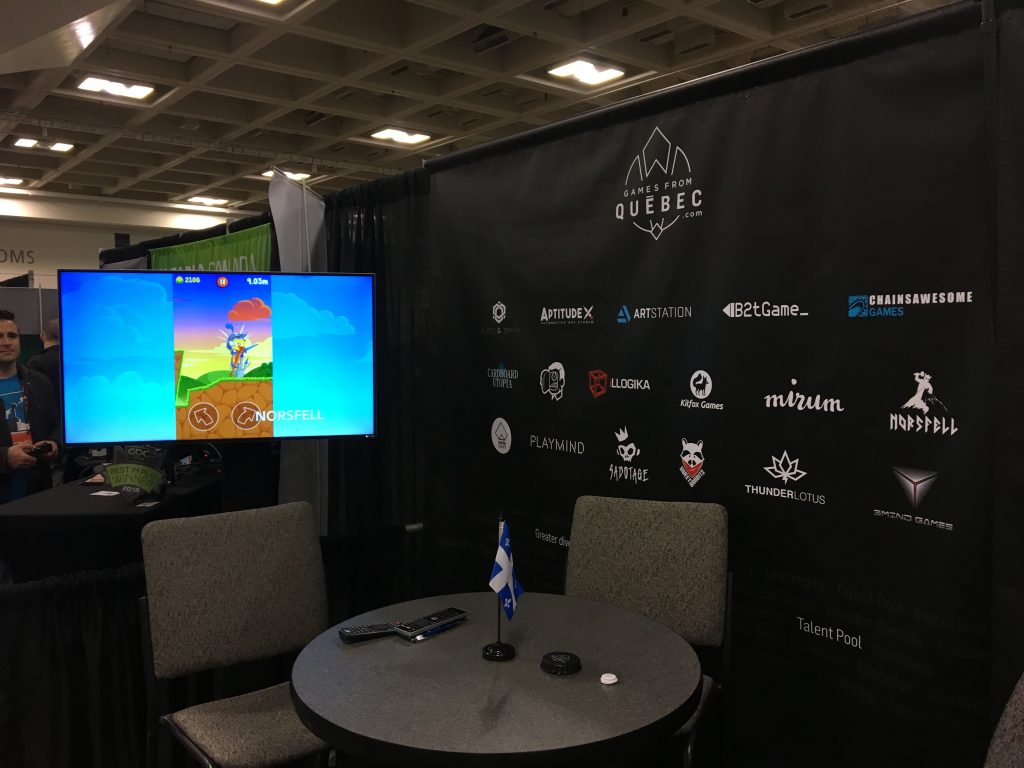 Norsfell at GDC: Our Recap!

GDC has already come and gone for 2018, but we’re excited to share some of our favourite moments from this year’s event! Our two representatives, Julian and Ben, spent a week in the city of San Francisco to show off our work at Norsfell and learn more about the global game development community. Between a whopping 37 meetings in five days, and all the extra events that come along with GDC, here are some of the best memories from the trip: 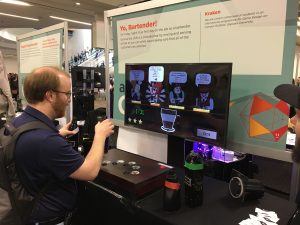 Alt.Ctrl.GDC: A showcase of unique games that find new ways to use controls. Games featured included alternative options for directing the action within the game, rather than simply using a keyboard or a controller, resulting in some very creative work! One of our favourites was Yo, Bartender!, a game that let GDC visitors pour physical drinks, while trackers allowed the game to detect how much and which drink you made. 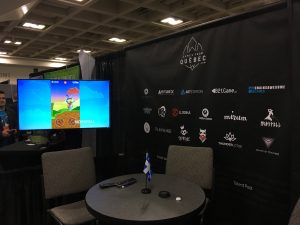 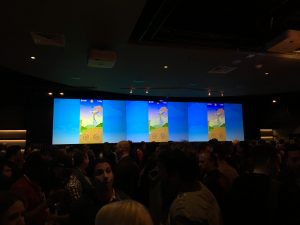 Games from the North: For the first time, our beloved city of Montreal had its own showcase area for games and developers from the area! We were proud to have Pogo Chick included as part of the Canadian installation, alongside other amazing homegrown games. It was great to see old friends and new showing off their hard work to international devs and players alike.

Party Time!: On most nights, our two representatives attended some of the many parties that GDC is notorious for. Aside from being a venue to socialize and grab a bite to eat after a big day of meetings, parties are always a great chance to talk business with other game devs and learn more about projects happening around the world! Some of our most memorable events were those hosted by Kongregate and Nordic Game. 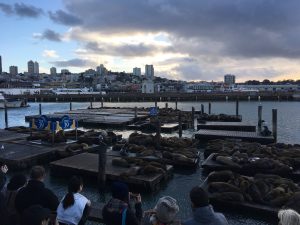 San Francisco: How could we forget to mention the great city that played host all week? A major highlight, of course, was the sleeping sea lions found on the piers, who don’t seem to mind busy tourists stopping by to watch them. Despite the mostly rainy week, there were a few clear moments to snap some pretty pics of the city. 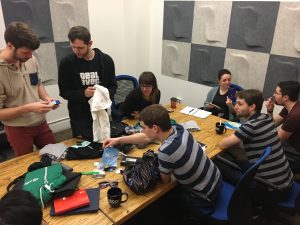 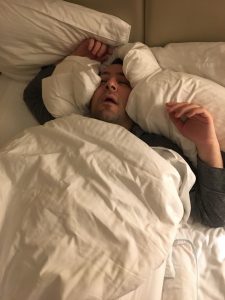 GDC is an exciting but exhausting week for game devs, and our delegates were no exception. They had a short time to rest, and then quickly back to Norsfell to help prepare for the upcoming release of our next game! And of course, their return was most happily received by the team – especially after the enormous bag of swag was revealed.